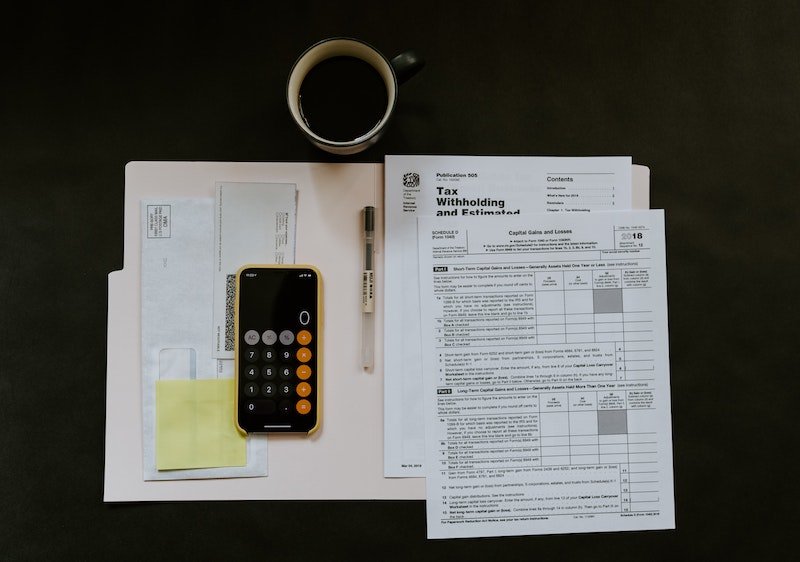 Whether a Nigerian citizen or an ex-pat, you are legally required to pay taxes if you earn money while living or working in Nigeria.

Taxation is one of the means by which the Nigerian economy is kept running. A tax is a compulsory payment made to the government of a region for the governmental services it provides.

Nigeria runs a decentralized tax system. What this means is that all the levels of government (the federal, state, and local governments) are able to impose taxes on individuals and enterprises, respectively.

All taxes recognized in Nigeria have been passed into law, and failure to pay them can be considered a breach of the law governing taxation.

The Federal Inland Revenue Service is considered the national tax body. It imposes taxes due the federal government.

All ex-pats in Nigeria need to know about taxation and the tax system in Nigeria, responsible tax authorities, and, if necessary, ask tax advisors for help with Nigeria taxes.

In this article, we will be discussing major taxes in Nigeria, the laws governing them, and how the tax system operates in Nigeria.

Company income tax is a portion taken from all the profit a company operating in Nigeria makes. It does not matter whether or not the company is resident in Nigeria. What matters is that it runs here.

Section 1 of this act recognizes the legality of the Federal Inland revenue service, and Section 3 approves the FIRS to carry out tax operations.

Not all profits are billed, though. Profits made without direct business interactions (cooperate societies, for example) will not be billed.

Newly incorporated companies are to fill returns within a space of 18 months from when they were incorporated. Or 6 months before the accounting year ends.

Nigerian companies which have been paying the CIT for up to four years are going to have minimum tax.

Companies that make a large number of losses will also have minimum taxation.

Small businesses which do not makeup to ₦25 million a year are not to pay the Company Income tax.

And companies making between ₦25 million to ₦100 million a month pay around 20 percent of their total profit.

The Nigeria tax system allows for deductible business expenses that can reduce your tax liability.

Related: List of Accountants and Tax Advisors in Lagos

It is billed off the income ‘persons.’ Persons used here include individuals, sole proprietors, communities, and trustees.

The rate at which this tax is billed is somewhere between 7 and 24 percent per accounting year. Note: it is only billed off taxable income.

If an individual earns only about ₦300,00 a year, he may only pay a personal tax income at a rate of 1 percent per accounting year.

Companies are allowed to deduct the personal income tax from the income of their workers—these such companies should pay the taxes (on behalf of the workers) on or before the 31st of July every tax year.

Individuals who do not depend on employers to deduct taxes must pay taxes themselves before the 31st of March, every taxable year.

Failure to comply with the payment of the personal income tax attracts some punishments.

In worst-case scenarios, they can be stamped a jail term.

A cooperate body that does not comply with payment of the personal income tax can be fined up to ₦500,000.

There is no simpler way to put this: the capital gains tax is tax paid from the gains of selling capital. It is enforced by the Capital Gains Tax Act.

The capital gain tax is billed off the difference between the original price of an asset and the amount it is being sold for (profit).

It is billed at a flat rate of 10 percent, irrespective of the asset sold. If you make a profit of one million selling a house, for example, you are required to pay a hundred thousand Naira as capital tax gain.

Read: Cost of Living in Lagos (And Nigeria)

The withholding tax is also called the advance income payment because it is a means by which the government collects income tax in advance.

It is paid by the payer of a certain income rather than by the receiver of that income. The withholding tax is somewhere between 5 to 10 percent depending on the transactions made.

The date at which WHT is billed is the 21st of every following month.

If one fails to comply with the payment of the WHT, the penalty is ₦25,000 for the month he fails to do so. For the remaining months, he will be charged ₦5,000 until he or she pays up.

This has to be the most common tax. It is a tax imposed on the value given, and it is billed for goods bought or services rendered.

The consumer pays most of this tax because he or she is the one who gets the value. The giver of the value does not pay much.

Some goods, though, are non-applicable for VAT payment.

Business owners should file for the VAT before the 21st of every month. Like all taxes mentioned here, FIRS collects the VAT.

Related: How to Start a Business in Nigeria

Nigeria is a major producer of petroleum. Every year, it makes billions from the trade of its crude oil. Companies operating in Nigeria, such as Shell and Chevron, also make quite a lot of money from trading fuel.

The PPT is billed from the income of companies that trade petroleum in Nigeria.

Companies that pay the petroleum income tax are not to pay the Company Income Tax on the same profit.

The Nigeria tax system operates a progressive tax rate when it comes to enterprises. Joint ventures or enterprises are billed at a rate of 65.75 per year for the first five years. After which, they are billed at 85 percent of the profit.

Companies under contract are to pay just about 50 percent of taxable profit.

You should pay each tax no later than two months after the next taxing year begins. Failure to pay the taxes attracts a ₦100,000 fine for the first month skipped. Subsequently, provided payment is still not made, a fine of ₦5,000 is the punishment for every month that passes.

The FIRS, the federal government, and the Federal Inland Revenue Services billed the stamp duty charge. It is billed for both physical and online businesses, including banks and similar services.

It is charged for written documents, though.

There are different kinds of the stamp duty in Nigeria. Some include:

Read: How to Choose Liability Insurance in Nigeria

The tax is billed to improve the state of tertiary education in Nigeria, and it is billed from all operational, profit-making companies in Nigeria. The Tertiary Education Trust Fund Act 2011 oversees this tax.

TETFUND manages the monies derived from this tax and uses it to build blocks, labs, and others in Universities and Colleges.

The Tertiary Education Tax (EDT) is billed at 2 percent of the accessible profit made by companies.

This is called the National Information Technology Development Levy and is billed to enhance the development of information and communication technology in Nigeria.

All companies that offer communication and technology services in Nigeria are liable to pay this tax. This includes GSM providers. Call providers. Banks. And any other company which makes up to or more than 100 million Naira per year.

This tax is billed at 1 percent on taxable profit made every year. If an organization fails to pay the NITDL, such an organization will be fined 10 percent of the income they make that year.

Read: Do you need legal insurance in Nigeria?

Taxes in Nigeria are quite friendly for small businesses. And they are also reasonable for bigger ones. The tax system makes it easy to calculate and pay taxes on time.

You’ll find all the necessary tax forms, as well as links to filing your tax via electronic means here.

Failure to pay tax in Nigeria is considered a crime and can attract fines and maybe even jail time.

Photo by Kelly Sikkema on Unsplash 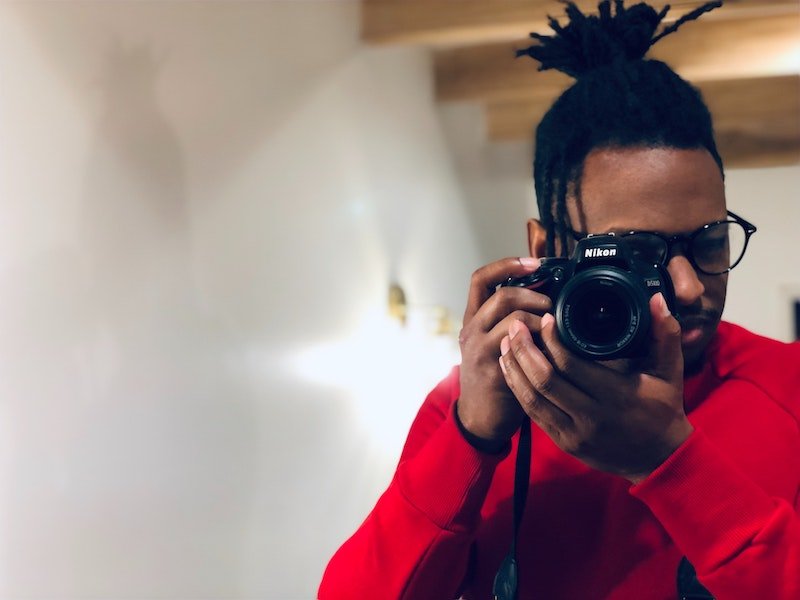 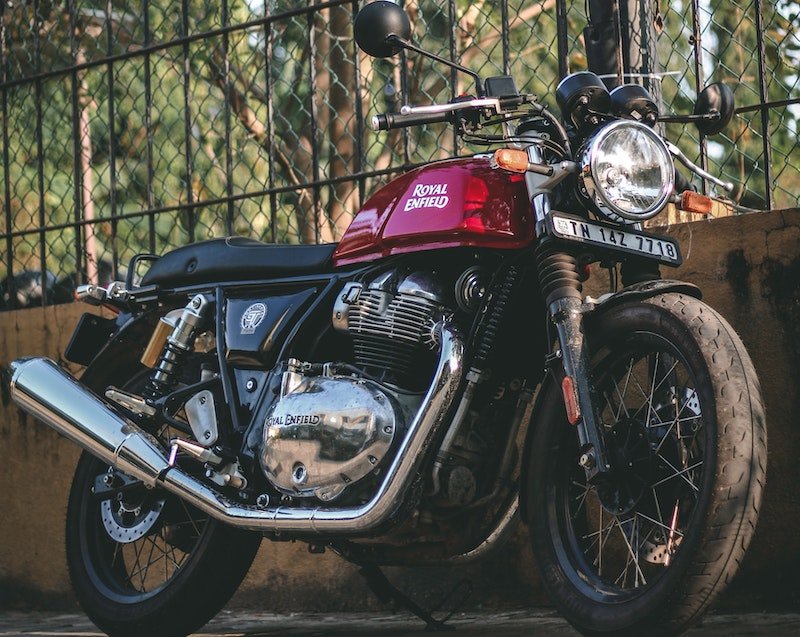 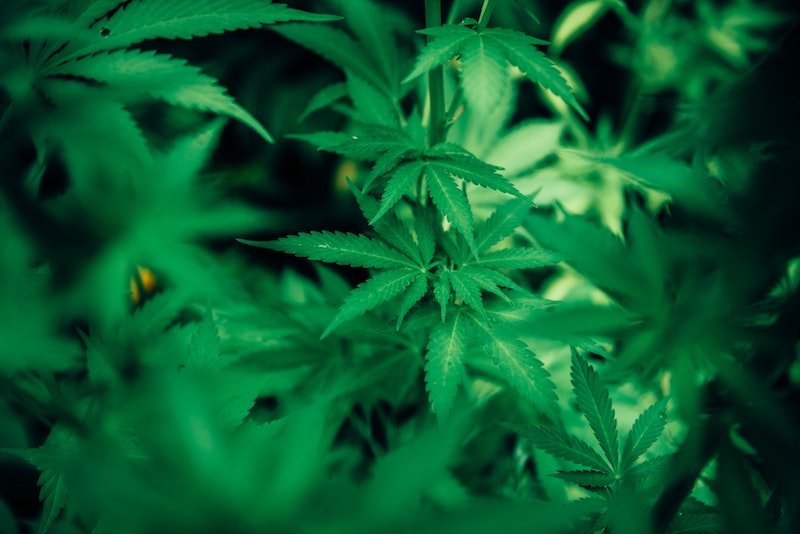 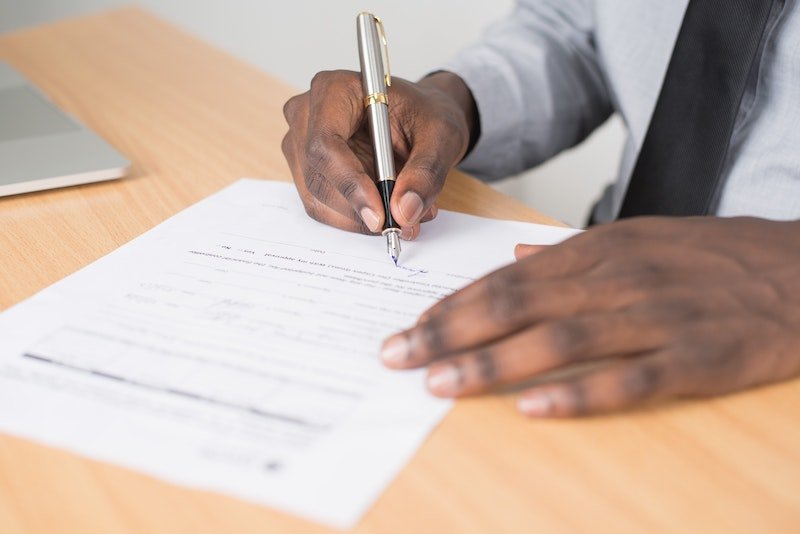